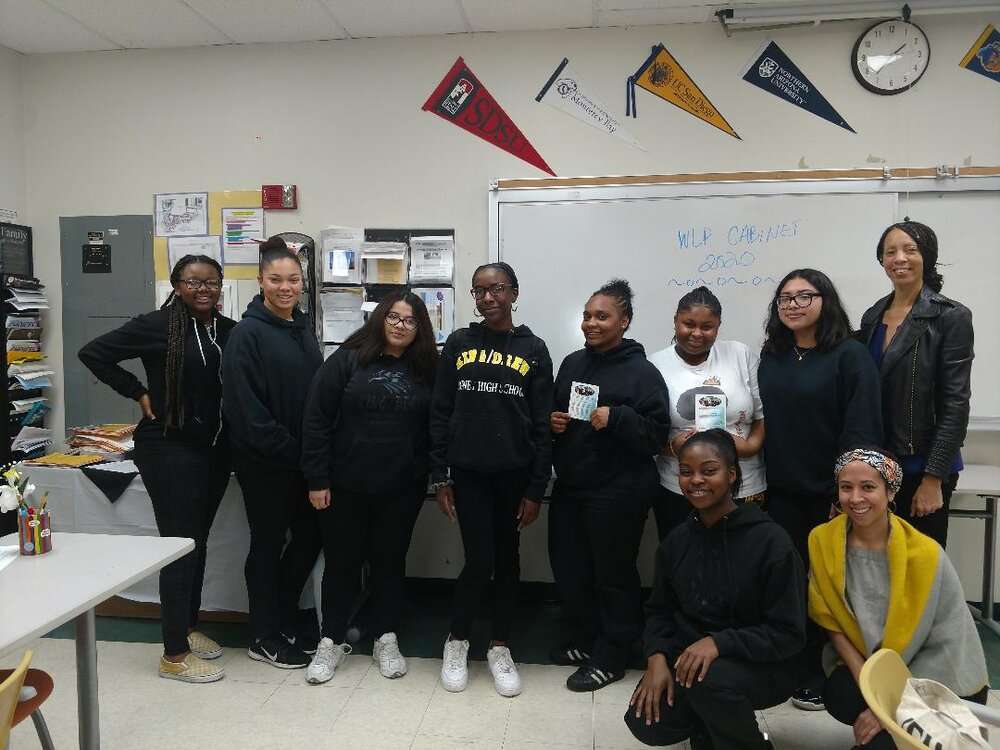 After a long and eventful year, we are proud to say we made it through! This year took an unexpected turn due to the pandemic. Everything became virtual and we managed to make the most of it by continuing to show up and put together events, with a lot of dedication and passion. At the beginning of the year, we conducted professional development training on LGBTQI+ student empowerment with faculty and administrators at Gardena High School with the GSA Network, sponsored presentations by Skid Row poet and activist Suzette Shaw at our King-Drew High School and Diego Rivera Learning Center sites, and became more active with social media platforms. In the spring, we launched our annual LGBTQIA+ Youth of Color Institute and Future of Feminism Conference, participated in the Students Deserve coalition to end policing in the LAUSD, and continued sexual harassment and sexual violence prevention training and surveying as part of our Girls Build Project grant. WLP youth and college alum were also able to receive paid summer-fall internships through L.A. County’s Youth@Work program. 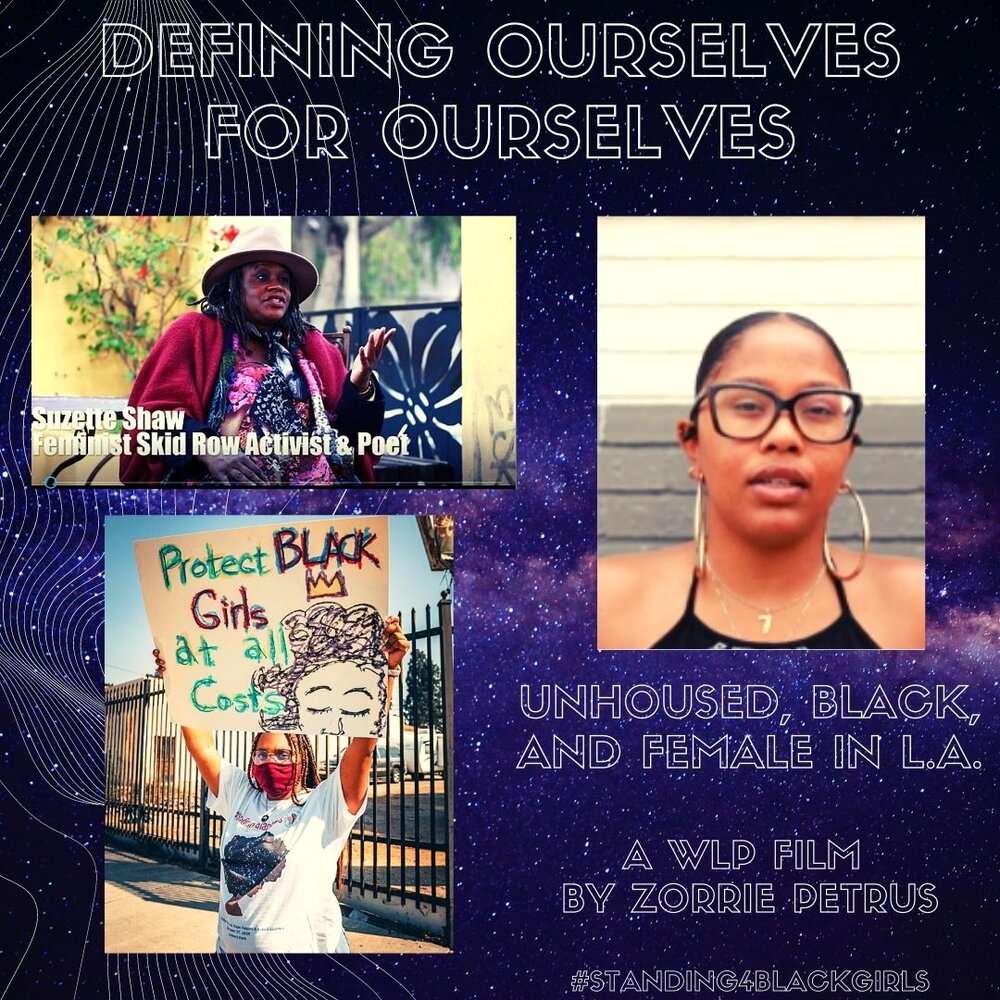 During Ms. Shaw’s talk in February, students facilitated the session for the 9th and 10th graders who attended. They learned about her experiences dealing with racism, sexism and ageism on Skid Row, and we had the opportunity to listen to her poems. Ms. Suzette is also featured in our new mini-documentary “Defining Ourselves For Ourselves: Unhoused, Black, and Female in L.A.” with WLP alums Clay Wesley, Imani Moses, Kyra Kellum Moton and Inglewood Helping Hands’ Kaitlyn Parhm. The mini-documentary was filmed by WLP alum Zorrie Petrus 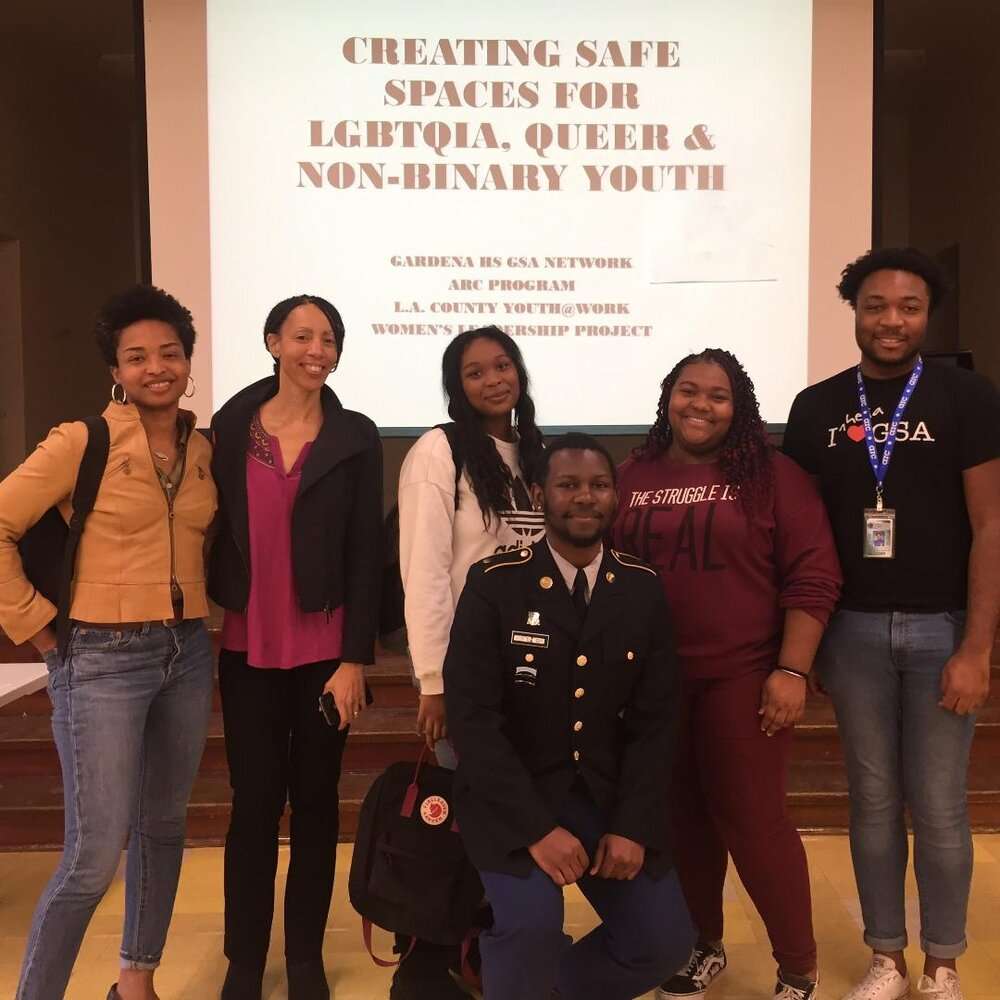 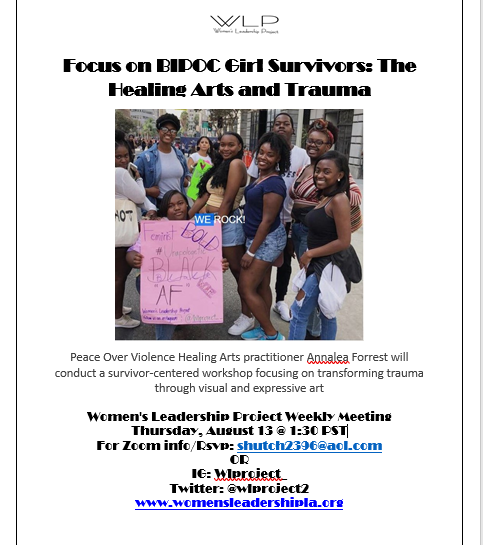 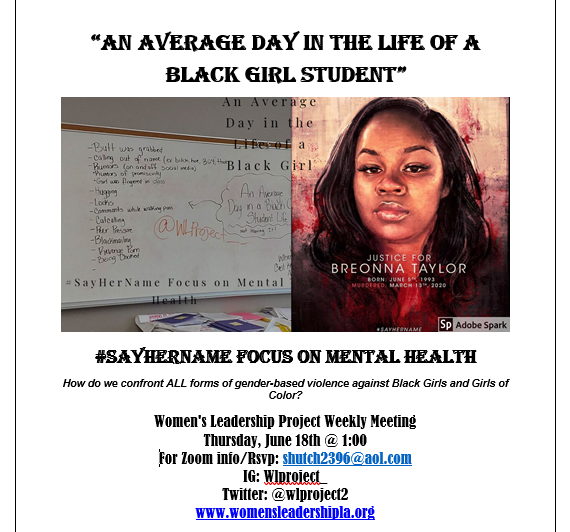 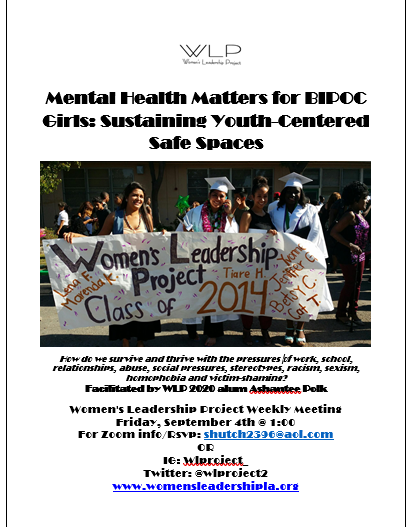 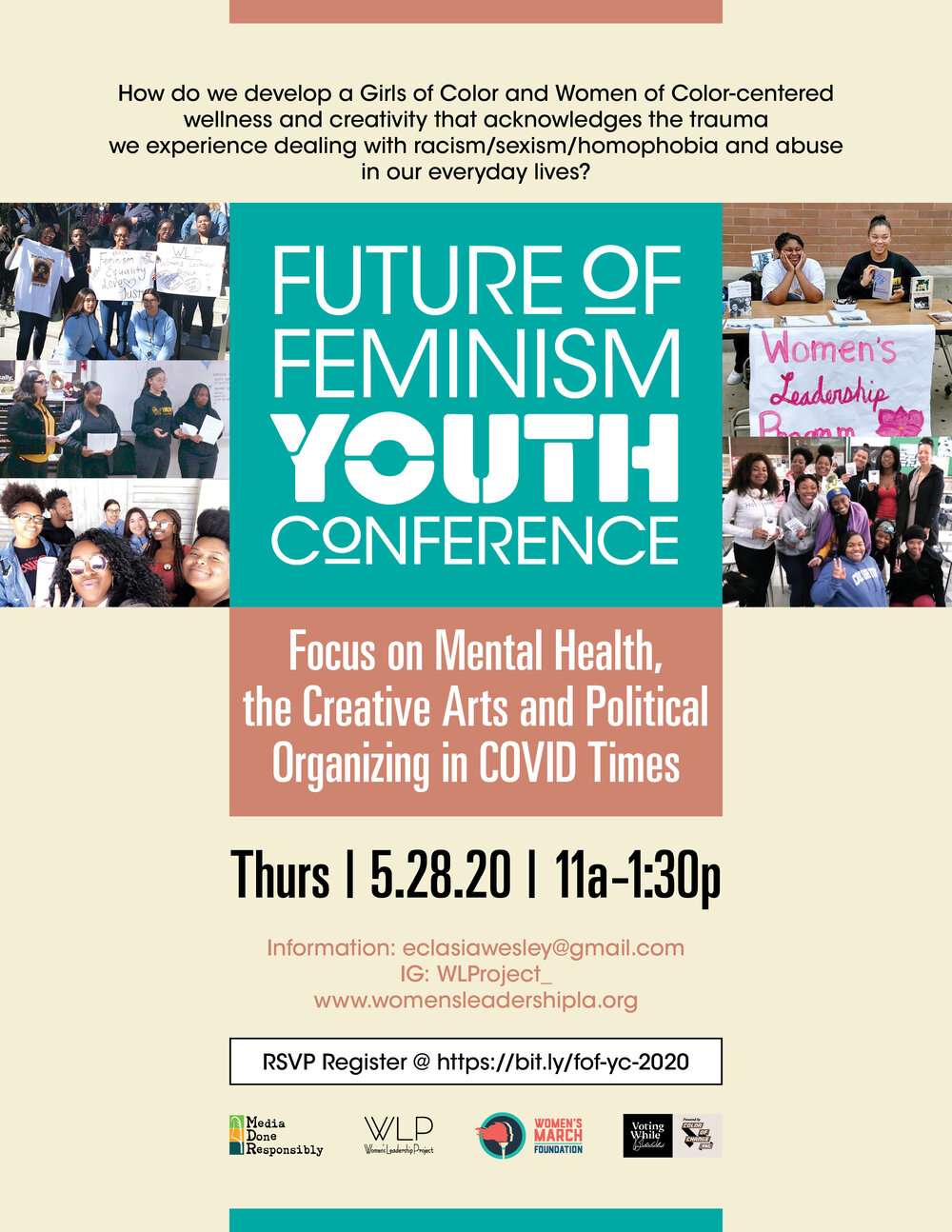 With those events in the beginning of the year we set a path for one of our key events, The LGBTQIA+ Youth of Color Institute. Originally, the plan was to go on a trip to Stoneview Nature Center in Culver City and participate in the event but because of the unfortunate pandemic circumstances it got cancelled. Sikivu Hutchinson along with Eclasia Wesley and a few alum graduates made it possible for young students to still experience the feeling of being a part of something like that. For many of them it was a first time thing because there were students who were not a part of GSA or WLP when the event was hosted at the King Drew Site. The activities brought out smiles and memorable stories within each group. They really had fun doing the activities planned out. The Institute started off with an ice breaker that not only made them act out real life situations like being allies in disrupting bullying. New terms were introduced, Gender Pronouns were defined, Ground Rules were discussed, and breakfast was served to everyone who attended. There was dancing, music, and guest speakers. Two talented spoken word artists, Curly Dynamite and Jaydyn Taylor  shared their poems on racial justice and challenging homophobia with the young audience and they got amazing feedback from students who were impressed. Brave Trails LGBTQ camp also presented on its year round activities for youth. Cynthia Ruffin from Colors LGBTQ Counseling Center also led the group in a Theatre of the Oppressed activity on anti-racism.

Through the following months lots of planning went on for future events. Conferences were held to focus on mental health and shedding light to what life is like as a person of color. WLP was fortunate enough to have deep discussions with students and anyone else who decided to join and chime in. Every session was focused on topics that are not directly brought out to the public due to fear. Mental health sessions covered healing and trauma as well as focusing on “how to confront all the gender-based violence experienced by Black Girls and Women.” The need and lack of acknowledgement of trauma after dealing with harassment/racism/sexism/homophobia/and abuse is real. 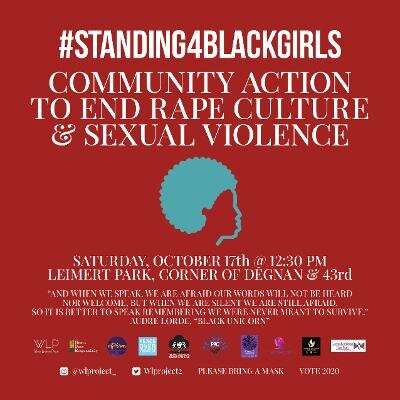 To finish off the year and begin a new journey WLP paired up with local and international organizations such as Media Done Responsibly, AF3IRM, Peace Over Violence, California Black Women’s Democratic Club, Positive Results Center, Afrolez Productions, rights4girls, Women of Color Beyond Belief, and California Black Women’s Health Project. Together with these organizations WLP led the #Standing4BlackGirls community action and rally to end rape culture and sexual violence. This was another one of this year’s highlights because of the immense support we received from the public in Leimert Park on October 17th. WLP members created posters to bring more attention to the situation, cars passed by honking and agreeing with the posters, people were full of energy and enthusiasm to have their voice heard. We set a mission statement and demands we would want for a change. We reminded people that voting is important and that our voices can not be silenced as long as we are able to voice our opinions. This event inspired others and we followed off with a #Standing4BlackGirls coalition meeting with Assembly Member Sidney Kamlager’s office. Within this meeting we discussed what occurred during the event and any future plans for WLP. WE discussed how we can possibly meet the demands we set and what to look forward to. After this meeting more conferences were made to finalize ideas. Our members decided to come up with a survey that will be up and ready soon questioning the community with things that may support the demands we want as part of #Standing4BlackGirls. It was inspired by a Sexual Abuse and Sexual Violence survey created by Mariah Perkins and me. Our survey showed that a majority of female-identified sexual violence survivors did not receive help or assistance to recover from the trauma they suffered. Majority of the respondents were 44% African American and the youth was between ages 14-18 compromising over 56% of respondents. 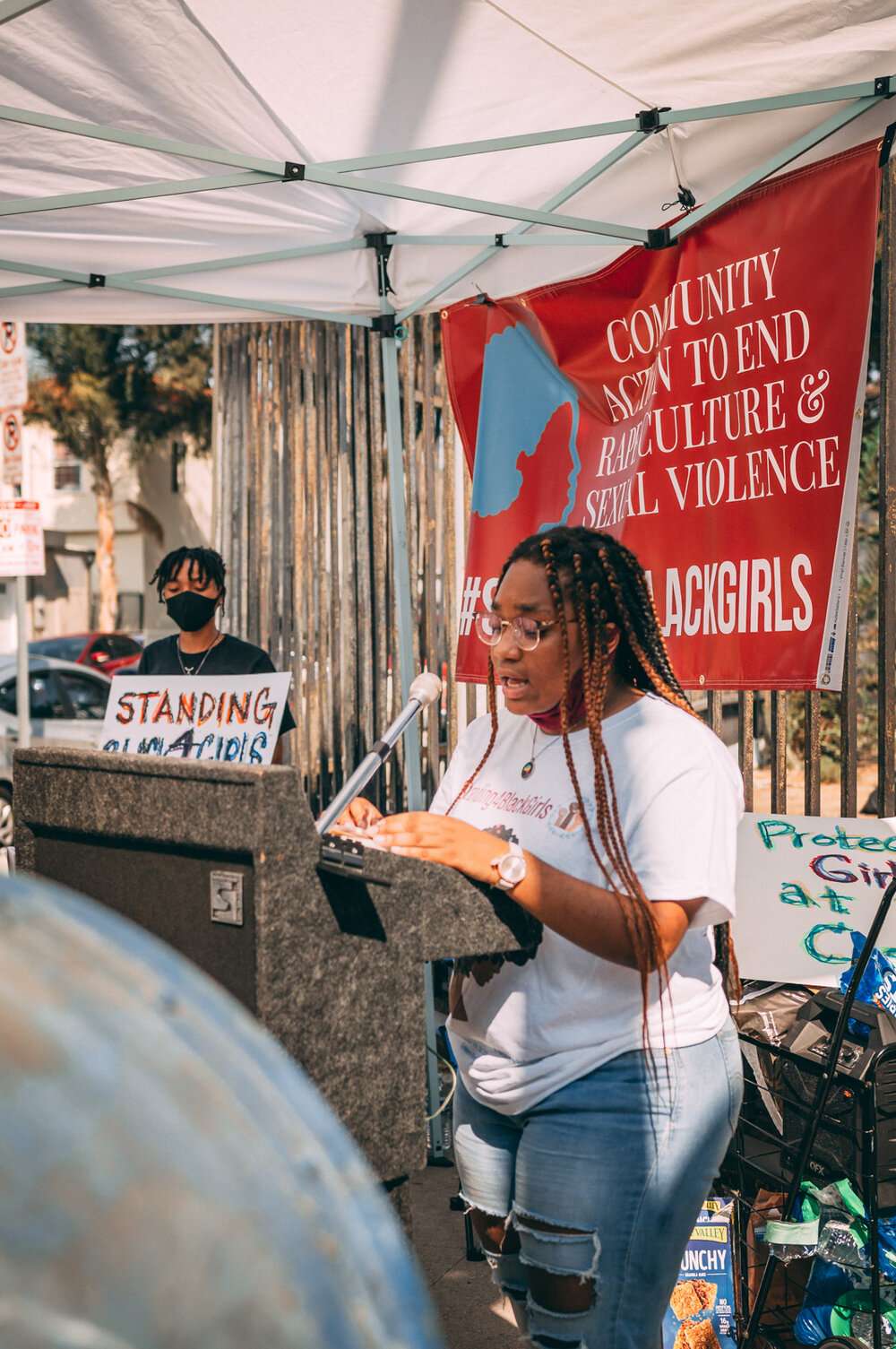 With that being said I hope you enjoyed reading what we successfully completed throughout 2020. Women’s Leadership Project continues to plan for the future and encourage young high school age women of color to become leaders within their communities. As we start this new year, we know it will be full of surprises now that we are more comfortable with virtual networks. WLP hopes to share with you a new experience coming from young leaders. Some of our students have already taken initiatives to start our own podcast segment which will be hosted by one of our Mentor Educators, Eclasia Wesley and Team members will switch roles. Our “Virtual Homegirls” podcast will launch in January in partnership with Radio Justice L.A. Looking forward to the New Year, our new #Standing4BlackGirls Wellness Initiative will provide free, culturally responsive, humanist individual & group therapy for LGBTQI+ straight/cis & femme young Black women between the ages of 16-24, in January 2021 in partnership with My Choice My Power Counseling secular therapy. Application info is @ http://bit.ly/3hwrwTi . We want to continue showing our members support and being role models to show them what can be done when you stand up for what you want and go after what you believe in. Happy Holidays and Happy New Year! 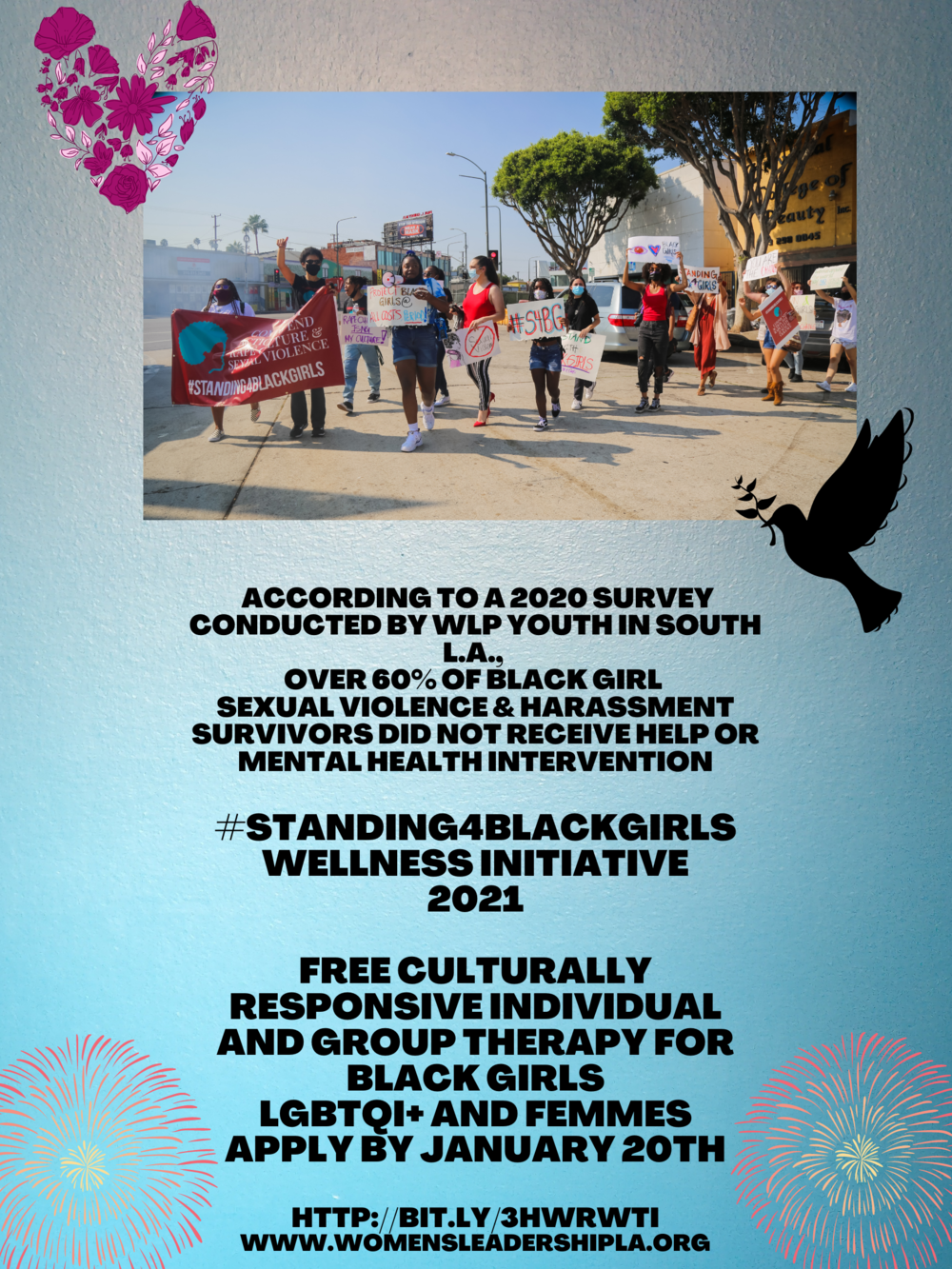 Kimberly Ortiz is a 16 year-old eleventh grader at King-Drew Magnet HS in South L.A. She loves meditation, nature walks, politics, and aspires to attend UC Irvine to study criminology and become a FBI agent. “Making a difference in the world has always been something I’ve wanted”.